Marafie Group Organized a blood donation campaign for its employees

Marafie Group was a Diamond Sponsor in Kuwait Construction Week 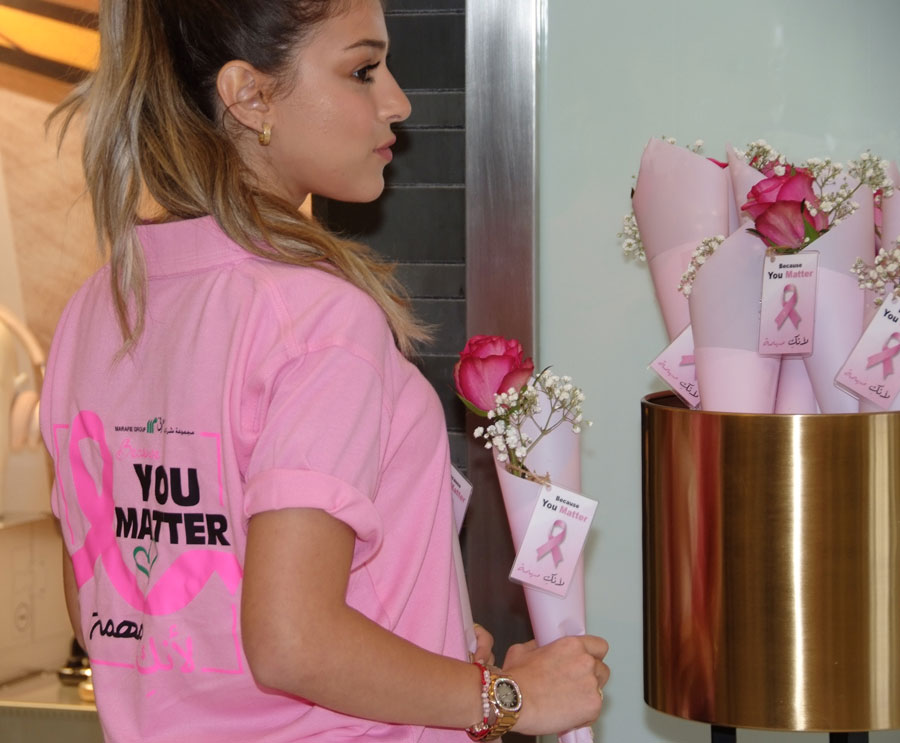 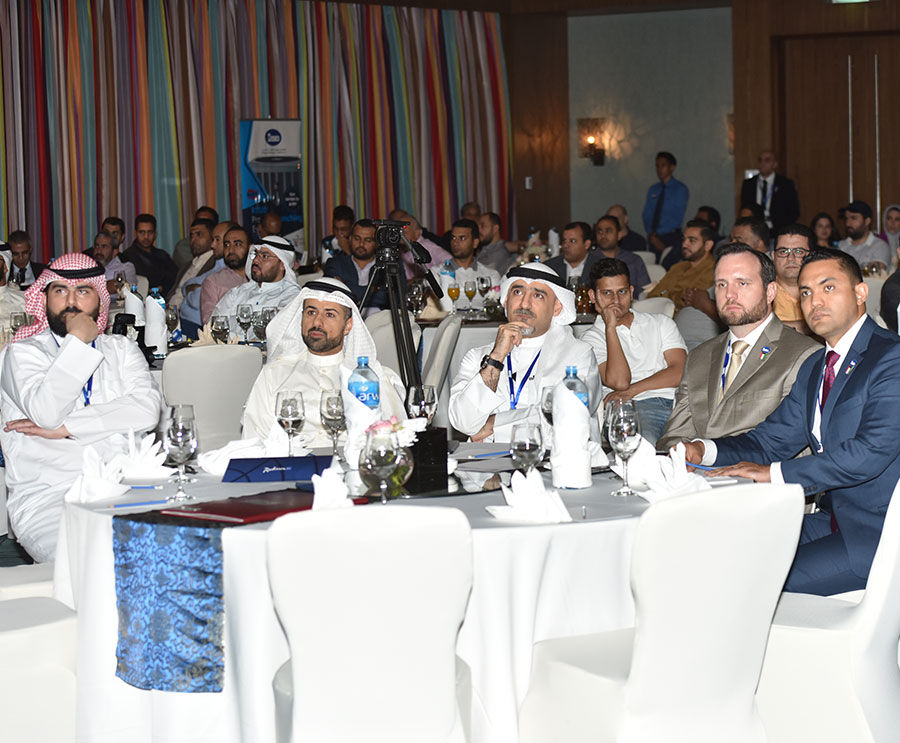 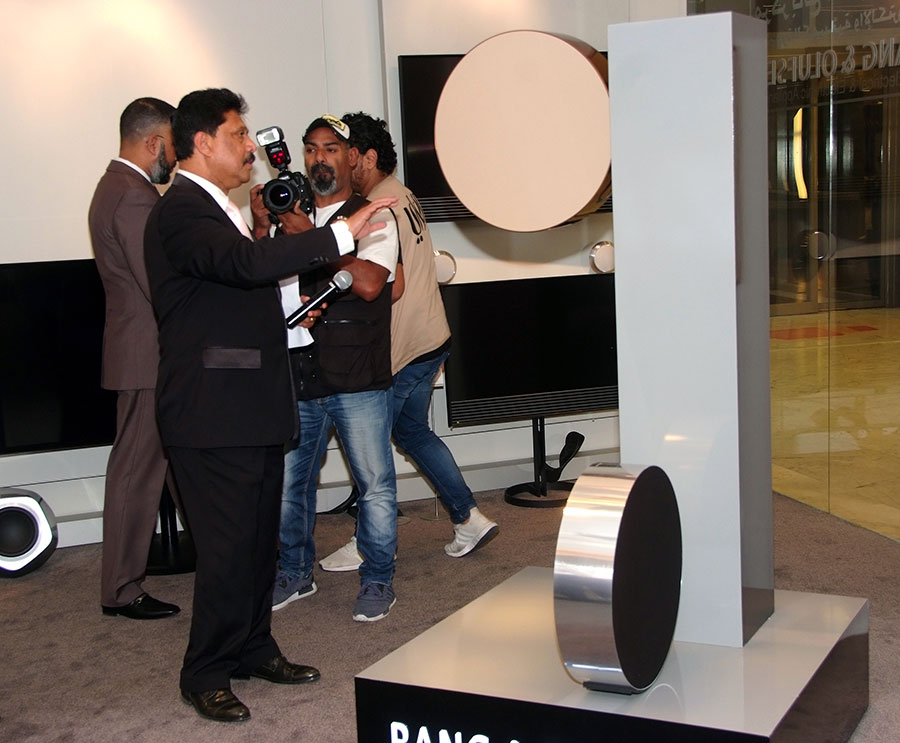 On the 25th of March 2019, Marafie Group celebrated its centenary event in the presence of diplomats, important community figures, in addition to part of its suppliers, customers, family members, & employees. Where Mr. AbdulIlah Mohamed Rafie Marafie – Chairman of Marafie Group & Marafie Foundation, delivered a speech on this occasion, in which he talked about the group’s history and economic activities since its establishment in 1919. Afterward, Mr. Mohamed Hassan Oudeh, the Manager of National School, gave his speech on behalf of the group’s employees as the oldest employee in the group with nearly 53 years of experience. Last but not least, Mr. AbdulHakim AbdulFattah Marafie, the General Manager of Marafie Group, delivered his speech on how the group has kept peace with modernity and development, and has become one of the most important tributaries of the production section in the Kuwaiti market. The top management has awarded some of its guests for their contribution to the group’s success of the 100 years journey. And has also awarded its employees for their efforts for more than 30 years of giving & loyalty. In addition, the group’s employees have awarded the top management for their leadership and humanitarian role in the group’s success.

During October 2019, Marafie Group has taken the initiative to raise awareness about the breast cancer diseases, and to encourage their female employees all over the group to go check through the distribution of pink roses as a symbol with the campaign’s slogan “You matter. Get checked”.

Also distributed these pink roses to the passing people in front of the group’s showrooms Marafie Cleaning showrooms, MARSHOW, and Bang & Olufsen store in Symphony Style Mall - Salmiya. And also ran the same campaign in Badriya Al-Ahmad Chemo Center as a kind gesture to show them that THEY MATTER & the importance of early checkup.

On the 17th of June 2019, Ducting & Servicing Co. - Dasco introduced the latest air conditioning machine from the international American brand RUUD through a seminar held in Radisson Blu Hotel- Kuwait, in the presence of the Ministry of Electricity and Water representatives, Engineering consulting companies, community figures and clients. Where Dasco declared that the modern, durable machine from RUUD is considered cutting edge technology in the air conditioning filed in Kuwait and in the world with inverter compressor technology and an eco-friendly gas R410 A that reduces the energy consumption and extends the machine’s life.

On the 13th of March 2019, Al Ryadh Group Company, has introduced to the Kuwaiti market one of Bang & Olufsen’s unique products. The company presented a new powerful wireless speaker for homes that completely reimagines how we live with sound. Created in collaboration with globally acclaimed designer Michael Anastassiades, Beosound Edge is yet another thoughtful design from the Danish luxury audio brand that transforms the everyday mundane to musical mastery and adds aesthetic value to the home. The launching event was crowded with VIP people & the brand’s loyal customers in Kuwait for over the past 40 years. Where the showroom manager, Mr. Gregory Eustace, lift the veil & presented the new loudspeaker, which allowed the audience to discover its unique features from the inside & outside.

The circular shape of Beosound Edge provides the flexibility of two placement options, on the floor or to be wall-mounted & you gently roll the product forwards and backwards to increase and decrease the volume. Beosound Edge is considred as the world’s first Active Bass Port, to deliver impressive bass capabilities. Bang & Olufsen acoustic engineers have put in a huge 10” woofer bass driver on one side, while both sides of the speaker enjoy a dedicated 4” midrange and a ¾” tweeter. The Active Bass Port unites two classical concepts of loudspeaker design, the so-called “closed-box” design and the “ported design”. The product comes with 360-degree room filling sound from both sides of the speaker, and the new Directional Sound Control allows the user to define the direction that the sound radiates creating two acoustic fronts. Beosound Edge also comes with AirPlay 2, Chromecast and Bluetooth.

Also throughout the show, a special product was launched in Kuwait called “Tork Xpressnap” that is directed to the restaurants. It is a the only napkin dispenser system that reduces napkin consumption & offers a digital marketing tool that allows the owner of the restaurant to create & share their marketing message instantly on social media or print and display it in their dispenser’s panel.

Marafie Group Organized a blood donation campaign for its employees

On the 29th of march 2018, Marafie Group Organized in collaboration with Kuwait Central Blood Bank a blood donation campaign, aiming to increase the employees’ social awareness and to encourage them to contribute to the society and help saving lives.

Marafie Group was a Diamond Sponsor in Kuwait Construction Week

On the 16th of Jan 2018, Marafie Group participated as the diamond sponsor in Kuwait’s largest event for building, designing and construction that was held by atex International Exhibitions at Kuwait International Fair, Mishref, Kuwait. The 5-days event had 6 industry shows, 5,000+ attendees, 300+ exhibitors, 25+ countries, 1,000+ products & services. The events opened its doors for both trade visitors and consumers who are interested in individual products.

Our 96 m2 sized booth had more than 30 representatives from Marafie Group companies representing their division simultaneously.

Marafie Group’s subsidiaries that participated in this event are: